A Guide to the Great Wildebeest Migration 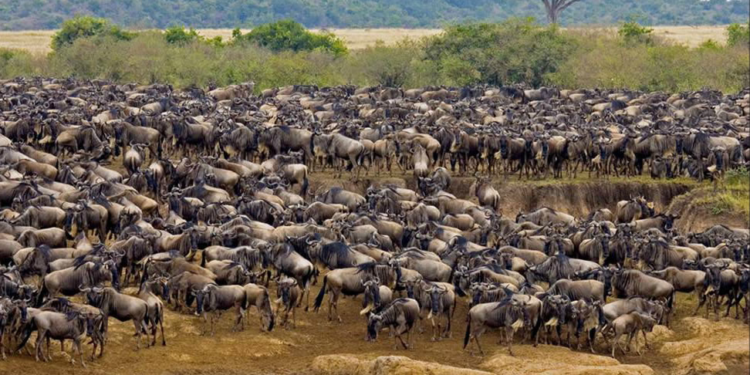 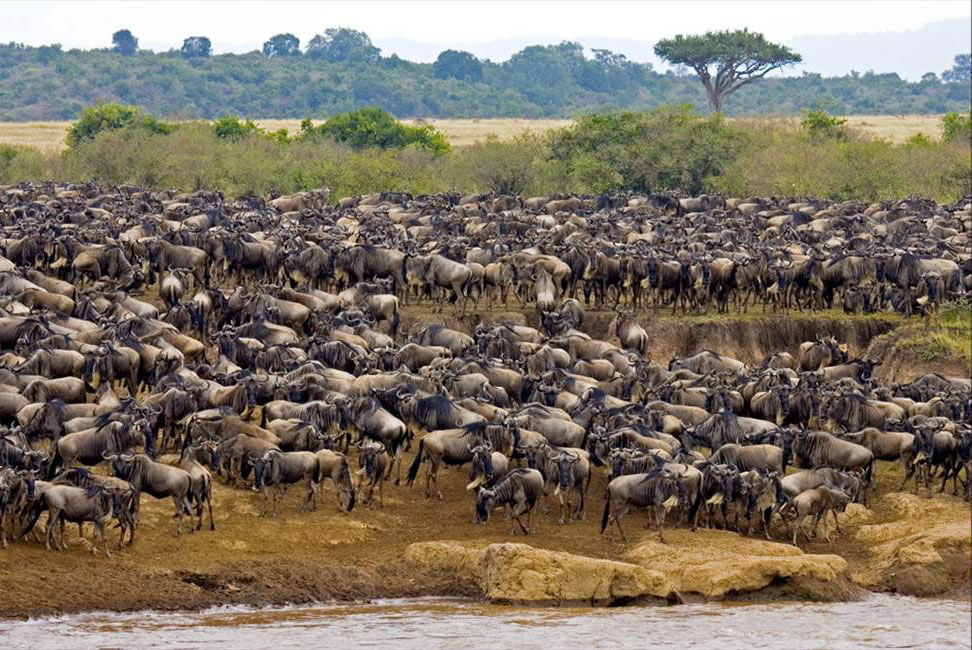 While there are several experiences synonymous with an African safari, few are as iconic as The Great Wildebeest Migration.

Referring to the annual migration of giant herds of grazers across the vast expanse of North Tanzania and Kenya, this makes for a truly spectacular event that is unique to Africa. Overall, more than two million wildebeest, zebras and gazelles move elegantly through The Serengeti and the Masai Mara ecosystems during this migration, as they search for lush greenery and pastures.

The Great Migration is also subject to a number of myths and misconceptions, however, which can make it difficult to make an informed decision when booking your trip. Here’s a brief guide to help you on your way:

The Great Migration is visible in Tanzania all year round, as the species move in a circular motion around the Serengeti National Park and are constantly on the move.

This means that the migration will be visible in different locations during alternative times of the year, and this should inform both the dates of the travel and the precise location that you choose to visit.

The migration is rarely seen in Kenya’s Masai Mara location, for example, as the herds only ever frequent this regions as an extension of their grazing land in North Tanzania. In fact, the migration is only visible in Kenya for a few months of the year, as they head towards the border.

Instead, the northern parts of the Serengeti remain the best place to witness the Great Migration, particularly if you want to see the animals in their highest concentration.

In terms of visiting times, there are two main windows in which you can see the Great Migration in its true glory.

Between July and October, for example, the wildebeest and accompanying species are most commonly found in the northern Serengeti plains, and it’s at this time that you’re likely to see thousands of animals crossing the iconic Mara River.

This is considered by many to be the most desirable time to see the migration, so this is an important point to keep in mind.

You can also visit between December and March, where the wildebeest are in the southern area of The Serengeti and the region of Ndutu. This is actually in the Ngorongoro Conservation Area, and there are several Great Wildebeest Migration holidays to book in and around this area.

You may find that trips available in April, May, June and November cost a little less, but while this may save you money it may not deliver value for money.

The reason for this is simple; as these months often see the migration trapped ‘in-between’ different locations and a little more scattered as they transition from one area to another.

Not only this, but the grass across the Serengeti is exceptionally green during these months, meaning that the Wildebeest in particular are more dispersed.

As a result, visitors simply don’t see the type of condensed, large herds that they crave while on safari, which kind of undermines the point of visiting an international safari in the first place!

3 Money-Saving Tricks That Will Save Your ...

Where to head for the perfect honeymoon ...